VPN’s and what grinds my gears about them

Have you ever heard of a VPN before? I’d be surprised if you have not because this subject is really popular today for some reason. VPN’s have been around for decades and they have gotten better but now it seems like they have been hitting the public eye for one reason – Security and Anonymity.

I work in the IT field and have heard great things about many free and paid VPN providers, they are secure, FAST and promise to keep your information hush-hush but are they really? Personally i don’t really trust them when they say “no logs” because there has been many cases where some companies have been exposed to share information with the feds, this information is the “no logs” they claimed to not keep. Now sure it may have been one incident with that ONE company, its not like its ALL companies, right?

I’m going to discuss some myths and misconceptions about using a VPN and if you stay tuned, at the end i will share with you MY VPN solution that I made which will be well worth it!

EVERY VPN company claims to have the BEST, ABSOLUTE UNDENIABLE SPEEDS YOU WILL EVER COME ACROSS, BILL GATES AIN’T GOT SHIT ON ME type of claims. Well although it may be true to a certain extent, this is what they don’t tell you.

The way VPN’s work is that you have a client and a server, you are the client and the company is the server. The company will give you a configuration or software to use in order to connect to their servers. Once you get that setup, you open the software, sign into your account and choose a server to connect to. While the client (you) connects to the server, all your traffic is encrypted and routed through the server’s IP. From here on out anything you browse appears as if the server is browsing to it.

What does this have to do with speed?

Well, a lot. See the key concepts when talking about VPN speeds is encryption,routing, your ISP speed, and location.

Encryption: When your data is encrypted the processing of data is slowed down from point A to point B. It doesn’t matter what the VPN provider promises in speeds, ALL VPN’s are slower because of the encryption of traffic that goes on behind the scenes.

Routing: Routing is the process of traffic repackaging the source of the traffic that way the remote server knows where to send the traffic back to. This process is another obstacle in any network, really, that slows down general internet traffic. When you connect to a VPN server, that remote server miles away is now your gateway to the internet, and that server has to perform this obstacle of routing in order for you to get internet.

ISP Speed: Now another thing is YOUR current home, mobile, or public internet speeds matters even MORE. You have to understand that if you have crappy internet at home, a VPN is not going to boost you up to 1 Gigabit internet speed. Any VPN can only go as fast as your current internet speed. For example, my internet speed at home is 200 mbps down and 10 mbps up. If i use a VPN, the MAXIMUM speeds i can get are, you guessed it 200×10. Now does that mean that the VPN WILL go up to 200×10? Absolutely not, in fact, it never will because of encryption and routing.

Location: Finally, we have the location of the server you are connecting to. Putting everything we have gone over about Encryption, Routing and ISP Speed, the location of the remote server matters a lot too. Its common sense, really. The farther away the server is to you, the slower you are going to go. Ever wonder what that TTL number means on internet speed tests? TTL means Time to Live, and in miliseconds that is the amount of time traffic takes to travel from you to that remote server. What’s a good TTL? Well really good is below 20, 20-50 is okay but anything above that, we’re reaching some serious latency.

Now there’s not too much to say about this but its worth mentioning. A common marketing claim these VPN companies spread is that you can access blocked websites which IS true. However, i have seen a lot of websites that actually got smart enough to detect and block access from VPN users. Mainly these are websites that have some sort of banning policy where they can only ban users by username and if needed, their IP address. Users will attempt to use a VPN to change their IP but websites block many IP Ranges that are known to be from a VPN provider.

Although this is true, a lot of websites don’t care about your IP Address like Google and YouTube, so unless you’re trying to evade an IP Ban of some sort, this should be of no concern to you.

Ah, the most anticipated and marketed feature about most VPN companies. “We don’t keep logs, of course we don’t that’s ridiculous! We value the privacy of our customers!”. Funny enough, i actually browsed myself on several VPN provider websites and took a quick look at their features. And oddly enough, only a handfull of providers put that on their website. So there’s a good chance that for these providers, they do keep logs on you.

But what about the ones that don’t log anything?

Well, i guess it really depends on what they do and don’t log and if they even keep their word. Lets be honest, as a customer how can you really check if they log or not? You can’t! On VPN Servers you can specify what to log but i guess for these providers, they can create their own customized servers to log certain things about you. I still don’t trust them but at this point its a bit of a trust gamble.

Okay, so they probably do keep tabs on me, but at least I’m being private!

Oh please, don’t kid yourself. Even if they didn’t keep logs, how did you pay for the VPN service in the first place? Did you provide any house billing address for your card? What email address did you provide when signing up? These things are trackable! Not to mention if you are using Google, iCloud and any other online service or search engine, they keep WAY more tabs on you than any VPN provider will. So where’s the privacy in that?

Huh… My information i guess is not safe with the company. But at least i can browse securely!

Well, not really… Its true that between you and the server the informations is being encrypted and remains secure, but what about after it bounces off the server? If an attacker were to attack a VPN’s server, capturing all traffic coming out of it, where is the security in that? That attacker now knows everything that you were browsing including everyone using that VPN server.

This one will be short and sweet.

There was an ad on YouTube of a VPN company that played a part where the mom reads the internet history of the son. The impression it gives is that no one can look at your internet history or what you browse when using a VPN. This. is. nonsense. The only way for you to clear your internet history is to clear it. A VPN will not protect your from this when we’re talking about someone else using your PC and you don’t want them to see what you are browsing. Heck even as mentioned before, if an attacker is at the other end of the VPN just sucking up everything, they can still see what websites you are browsing.

Alright, lets discuss the pricing on these guys.

The typical pricing i see is $10 monthly and it gets cheaper the longer term you buy per month. What i don’t like about this is that i have had times where i need to use a VPN only for a couple of minutes or hours, maybe just a day or two and i have to pay $10 for a whole month? Yea, no. Now i get it! Companies need to make money, yea yea i know and not everyone is going to only use it short term.

But even then, its still a bit of a cost to unload all at once for the average joe. So why not use a free one instead? Well, nowadays all the free ones are throttled and bully you into buying a subscription with them which i don’t like. Also after everything we went through in this article, if a paid VPN keeps tabs imagine a free one… No thanks.

My answer to this is one of my own creation that many of you can benefit from which i will discuss in the next section.

So what good news do i bring to the table for anyone that still wants to use a VPN whether its daily or from time to time?

My own VPN solution on GitHub called Auto VPN! 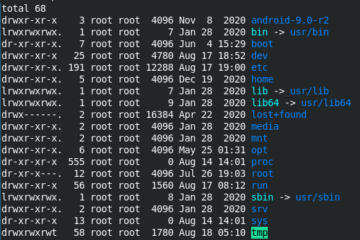 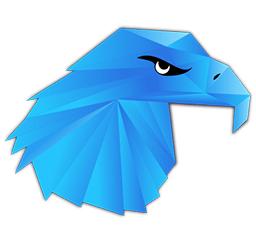 Garuda? What's that?? I dissect this crazy new popular Linux OS that has everyone turning their heads and seeing if it is worth it or just another distro-hop? 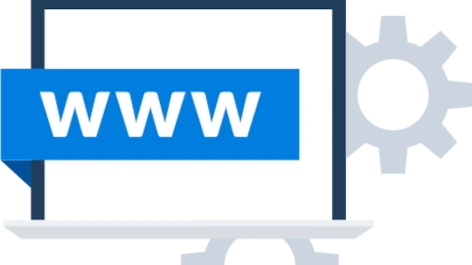