Artix is a rolling release, Arch-based Linux distro whose main selling point is being completely systemd-free. For my fellow casuals, systemd is one of those controversial topics in the Linux community, one that I imagine many many flame wars were waged over. I’ll attempt to very briefly summarize the issue just for context. systemd is software suite of tools that manage the system and services that essentially forms the backbone of a Linux system. In other words, it is the first process that runs, and from where all the other processes spawn. Critics of systemd argue that systemd creates bloat, is inefficient, and makes a system more vulnerable to attack. Seems like a problem for a specific set of people, but getting into the issue is beyond the scope of what I’m interested in doing here. Honestly, I think this will just be more of a personal experiment in what not having systemd will be like, especially since every distro I’ve tried at this point has had guided installers and desktop environments baked in—it’s time for the kid gloves to come off and put on the big boy Linux pants.

Which version of Artix to choose?

Artix comes in a few flavors:

I’m gonna go all in and jump into base, but before that I have to make this decision: which init system should I choose? Artix offers dinit, OpenRC, runit, s6, and suite66, for each of its editions:

I chose OpenRC because it looks to be the most-well documented, and I’m a sucker for documentation. Having never installed a distro quite like this before I’m going to preform a dry run on a virtual machine before I attempt to install it on my actual desktop. I recommend having a glance over of the ArtixWiki’s installation guide, linked here, as it covers all the components and and provides a brief overview of its command syntax for each of the above init managers. I’m not gonna lie, trying to use the ArtixWiki as a noob, might be challenging so make sure you have at least a couple of hours to sit down with and really tackle this installation, especially as a first-timer.

I created a virtual machine with 2 vCPUs, and 2GBs of RAM and a 30GB vHDD, if you want to follow along.

At boot you’ll want to select the option to boot from wherever is appropriate for you installation media, in my case, since this is a vm, I’ll be booting from an ISO file.

Use the following command to check the available keyboard layout types & select the one that is proper for your setup:

Next test your network connection as the following steps requiring the internet in order to progress. Wired connections are automatically setup, but if you are on a wireless connection, you’ll have to jump through a few hoops to get it setup, using dhcpcd & wpa-supplicant packages.

Before we install Artix, we need to partition the hard drive, you can use fdisk or cfdisk, but we’ll use cfdisk here. When you first boot in from your installation media, you’ll want to login as root. The default username and password is:

First let’s check out the name of our harddrives using lsblk.

Obviously if you are on a actual desktop or have more than one drive attached it’ll show up here. Once you know what your target installation media is going to be, select it using cfdisk which will look like this:

You should see a window like this take over you command line:

If your hard drive exceeds 2TB than go with GPT as it is the modern standard and it supports disk drives over 2TB, otherwise it is safe to use DOS. the other 2 options are for compatibility with older SGI & SUN systems. As I am using a VM, and my disk drive is under 2TB so I’ll go with the dos hard disk label. Once inside cfdisk, you’ll encounter this screen.

From here we’ll need to create our partition table, we’re going to be creating a relatively simple partition scheme of /mnt/boot (for the bootloader), /mnt (where our system files & packages will go) ,and /home (for our user files). I’ll also be omitting the /swap partition as I have a NVME drive and 16GBs of RAM, so I don’t really need a /swap. According to the ArtixWiki, the boot partition is necessary on UEFI systems with a GPT disk and has to be created and mounted at /mnt/boot with a suggested size of 512 MB.

512MB is a tad overkill, you could go as low as 128MB for modern boot partitions, but to follow the docs, we’ll just go ahead and use 512MB. To create this partition in cfdisk select [ NEW ] with Free Space selected, and type 512M, choose primary and press enter. Once it’s created, use the arrow keys to select the bootable option and press enter to mark the current partition as bootable or press “b” on your keyboard.

Now using the arrow keys, select [ Write ] then press enter, cfdisk will prompt you with “are you sure” then type yes and press enter. Finally exit cfdisk by selecting [ Quit ].

If you need a swap partition go ahead a make one here before you write the changes and exit.

Reminder to use the output of lsblk as reference, as the drive names will be different on an actual machine.

If you are doing a UEFI installation, the boot partition needs to be formatted as fat32, but since this is a VM, formatting as ex4 is okay.

Once that is done, we need to mount our newly minted partitions.

Installing the base system and kernel

Next is the real exiting part where we install the base Artix system. the basestrap command will install to the /mnt directory the base (main OS packages), base-devel (software compilers and other developer tools), the Linux kernel and firmware packages, openrc (the init system) & elogind wrapper for openrc, and vim (a text editor). You may choose to sub nano for vim if you prefer. Go get a snack because this install might take a few minutes.

Optional: For a faster download, edit the /etc/pacman.d/mirrorlist file. This is the list of Artix repos that pacman uses to pull software from. Move the mirrors that are closer to you near the top and save the file.

Note that at this point you can install any init system you want to, instead of openrc. Artix also offers 3 different kernel options, linux, linux-lts, and linux-zen, for you power users out there.

Quick Vim Tip! press i or a to enter INSERT mode, the hit ESC to exit INSERT mode and the type :wq to save and exit.

Using nano or vim , edit the /etc/local.gen file, uncommentating whatever localizations you need.

Next generate the fstab file which defines how disk partitions and other file systems are mounted by the system. The -U flag will use UUIDs or you could use the -L switch to instead use partition labels.

Now the next following commands need to be done from Artix’s chroot tool.

While in the artix-chroot shell, set the timezone, you’ll find it helpful to check out the contents of /usr/share/zoneinfo/ to find out the available regions.

Next we run hwclock to generate the /etc/adjtime, which if you run cat it will give you a timestamp:

We next need to install the default language(s) on the system, to see the available options edit the /etc/locale.gen file.

Next run the following command to generate your locales.

We now must install grub and os-prober (tool for detecting other installed operating systems, this is optional if on a vm). Following that, run the appropriate grub-install command, (if I was on my desktop I’d use the one for UEFI. Finally we will run the grub-mkconfig command to generate the correct boot entries in grub.

You can safely ignore the warning messages regarding os-prober for now.

First run passwd to set the root password, then create and configure a new user and add them to the wheel group to give them sudo privileges :

This next step is optional as it is just a quality of life setting. Visit the /etc/sudoers file to uncomment line #82, to allow any user that is part of the wheel group able to execute any command or uncomment line #85 to execute any sudo command without having to enter a password, but this results in a much less secure system so proceed with caution.

If using vim, exit with :wq! to save a read only file, or with sudo privileges if you get an error saving your edits.

Next we need to create the hostname file and enter your desired hostname.

Then add matching entries to the /etc/hosts:

If you also chose to install openrc you must add your hostname to /etc/conf.d/hostname too:

And install a network manager and a DHCP client. Failing to do so will result in a internet connection failure on reboot.

With that done, logout of the chroot shell and reboot. Congratulations you’ve just installed Artix!

If you’ve been following along on a virtual machine, here is where I recommend creating a snapshot so you can easily go back to a fresh Artix install in case something goes sideways installing a window manager or whatever. I also heavily recommend running this process a few times as needed to get comfortable with it, before you try installing it on any actual hardware. Post-installation set will need to be done, like setting up a window/display manager, etc, but that is a post for another day. Go get yourself a treat and pat yourself on the back because that was pretty involved! Way more in-depth and terminal heavy than any other distro installation I’ve ever done, for sure. Now excuse me, I think I need to go lay down…

Sometimes you just need to use Samba, be it on Windows or Linux. Come find 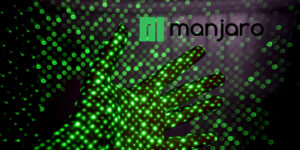 5 Things to do IMMEDIATELY After Installing Manjaro

So, you installed Manjaro and you have never used it before then you are in 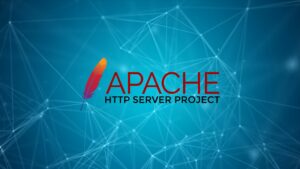 SSH is one of the best ways to securely access a remote server, typically through 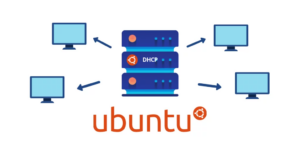 Most of us know that a DHCP server is used to assign, and manage/track, IP

Every large organization needs a way to resolve internal resources, this could be internal websites, 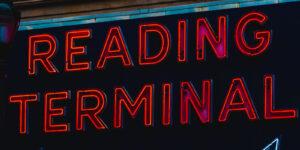 Have you ever ran a process on a server that just took forever, so you 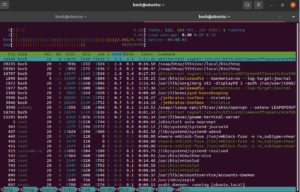 The Most Interesting Terminal Based Linux Tools Ever

As technophiles, we just like interesting things. People who create unusual (useful or 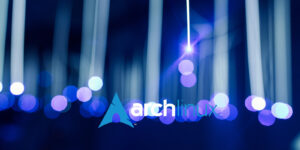 How to Install Arch Linux for Newbies

So, you’re new to Linux and you want to try out that distribution that many 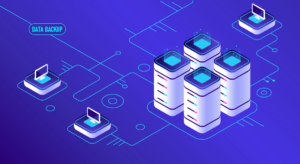 Linux Backup Software you should try in (2022) 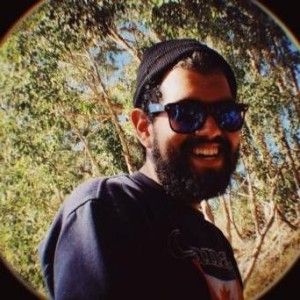 I’ll admit that I like the way that Windows 11 looks, so sue me! For the last couple of years now I’ve used i3 and 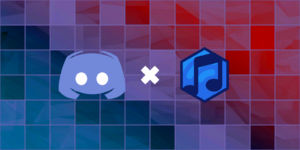 As I mentioned in the last article, Azuri is a discord bot that allows Azuracast’ to be able to play our station inside of a 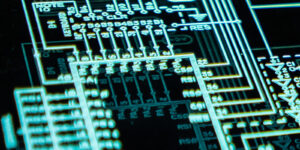 So, you would like to know information about your system on your desktop for easy access. You can run conky on your regular desktop, or