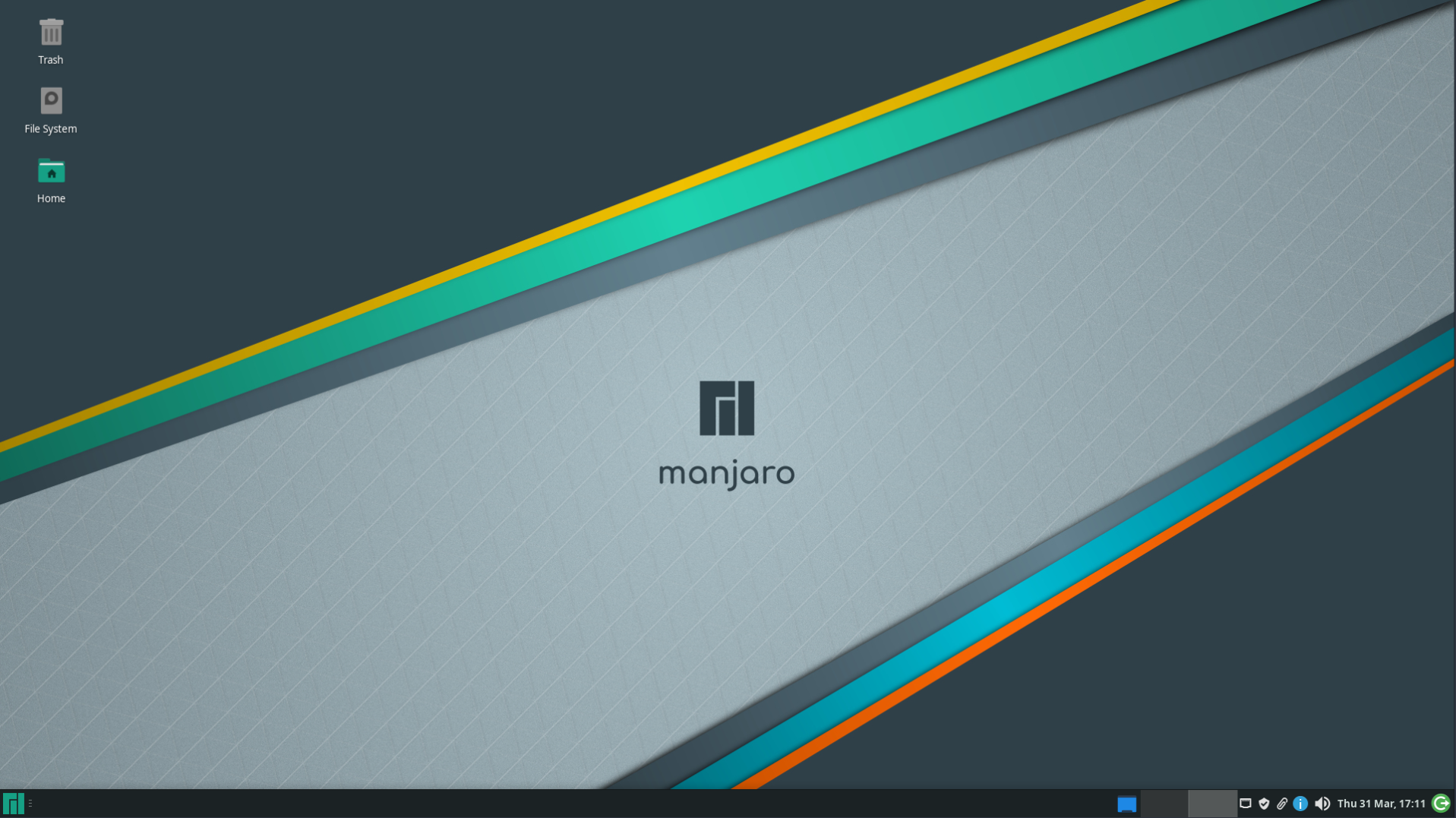 As a casual Linux user, I’ve been partial to Ubuntu on my workstation and servers, but I’ve run the distro gauntlet before and have tried most of the major flavors of Linux at one point or another. Currently I’m running Garuda, so it’ll be no trouble adapting to the Arch-based Manjaro. Arch is a very minimal OS, built in mind for those who love to customize every aspect of their desktop environment and/or run really lean machines. Arch is incredibly well documented and has its own ArchWiki that is good at proving useful information once you learn how to read it.

Manjaro on the other hand, focuses instead on usability and you’ll often find it on lists as an entry point for intermediates or those looking to break away from the litany of user friendly Ubuntu distros out there. It does have a bit of a learning curve, especially if you are coming from Ubuntu or something like that, but with time, it’ll become second nature. Manjaro provides their OS in full or minimal (no preinstalled software) versions, with your choice of Xfce, KDE, or GNOME desktop environments on their website. I’ll be reviewing the full Xfce version of Manjaro, but no matter what desktop you use, the commands will be the same.

Upon first launch after a fresh install you’ll be greeted by the familiar launcher that installed the OS, I almost always turn this fella off, but you do you. Manjaro uses pacman as its package manager which works a little differently than apt would on a Ubuntu system, but nothing too crazy, I’ll provide a very tiny cheat sheet at the end of the article that should get a pacman noob comfortable with its commands. Of course you don’t have to use the terminal commands, as Manjaro provides a pretty a handy ‘app store’ type application where you can search for programs right inside of it. You can also preform a system update from this app.

Manjaro follows a rolling release model which means there is no major release that gets LTS (Long Term Support) status like Ubuntu or other distros do. In a Rolling release model, your OS will get updates as they come straight down the pipeline, so you’ll be updating often. With Arch you’ll get bleeding edge updates which could break your system. Manjaro focuses on stability, and maintains its own testing branches before updates get pushed to the end user, so we won’t have to deal with bleeding edge havoc the same way a vanilla Arch user might. Manjaro also maintains its own software store, you can take a look at their website, linked here, if you’re curious. With that out of the way, what is Manjaro like?

Out of the Box, the Xfce version comes with a dark theme skin, which I am always a personal fan off, as I don’t have to go hunting in the options to make the switch myself. The preinstalled software doesn’t go overboard, it comes with Thunar as its default file manager, Xfce Terminal, FireFox, Thunderbird, OnlyOffice, VLC, Audacious, GIMP, and even Steam makes an appearance, there is a few other miscellaneous software bundled in (think gcalc, gparted, things of that nature) but these are the big ones that most new users would want to be made aware of. Personally, the added software is a non-issue, but for the more stringent of you, I’d recommend the minimal version without the bloat.

On performance, Manjaro’s recommended requirements are:

That’s not too bad, considering how it looks, which is nothing to write home about but it serves its purpose. Manjaro really nails usability factor, as the Xfce desktop is snappy and responsive, it supports multiple desktops, window snapping; the casual adopter should feel right at home.

For the power users out there, one really neat feature Manjaro has is their kernel manager. This tool allows you to install multiple kernels at the same time and switch between them at boot. This is a really kick ass feature because if you were to say—have a audio interface that wasn’t supported by your OS, and you needed a 3rd party driver, and your only choice is to install some experimental driver from GitHub that requires a different kernel version. If you were on Manjaro, you could simply use this tool and you’ll have saved yourself having to reinstall an OS with a different kernel version (which happened to me).

Once you get past that honeymoon phase and you’ve checked out all it has to offer, it really just comes down to user preference and whether or not your favorite packages are available on Manjaro. Chances are nowadays, unless you are using some cutting edge software, your software is out there and if it isn’t, you can always check the AUR, which is a community-driven package repository.

A word regarding AUR; the packages here have to be compiled from source and are from the community where anyone can upload to, so approach with caution.

I’ll guide you through installing my favorite code editor VSCode, if you use something else or hate code, feel free to skip this section. The version of VSCode that can be installed via pacman is Code-OSS, which is the open source version of VSCode with all the Microsoft proprietary stuff cut out. However this implementation of code still has some telemetry settings dug in, so instead I’ll be opting to install VSCodium which strips out the telemetry and point those URLs phoning home to nowhere. In order to install VSCodium we need to install the yay package manager which lets us install from the AUR.

Now we can install VSCodium:

Yay will ask you for permission to build and install, and you can answer with the “A”, for all, and you may read through the build file when it prompts you a seond time, but for the sake of not having to look at pages of text output, I just answered with “N”, for none, here.

After that you’ll have installed the best version of Code you can get on Linux!

Manjaro is a solid introduction into the world of Arch and a great springboard for people who are sick of Ubuntu or just need to inject some fresh Linux juice into their computers. Definitely check this one out if you are looking to refresh an old system you have lying around or you’ve always wanted to try Arch but without the hassle of installing Arch!

A debian\ubuntu user might use something like the following: sudo apt update && sudo apt upgrade to update and upgrade their system in one command with the && operator joining the commands. Using pacman, the same command would look like this:

NOTICE! The next command comes with great responsibility, as errant usage could result in a broken system!

This command is similar to apt’s autoremove command that gets rid of orphaned packages that are auto-installed as dependencies. pacman has a similar command that can be used in one go like so:

Note that this command only works if you actually have orphaned dependencies, else it will return an error. You can verify you have something to uninstall by running pacman -Qtdq alone.